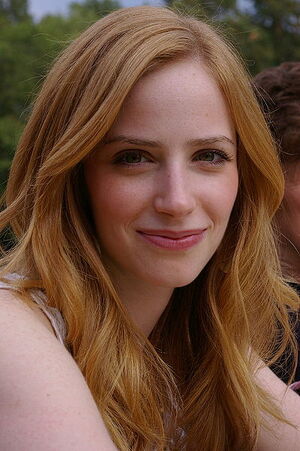 She started performing at age 11, and at 16, she founded Apollo Theatre Productions. Jaime attended Boston University's School for the Arts theater conservatory for two years before moving to Northwestern University, she founded the "Ignition Festival for Women in the Arts". Through that discovered a love for music.

In September 2000 she moved to Los Angeles were earned a living performing with her jazz quartet, and landing parts in short films and then making an appearance on The Drew Carey Show. Since then she has been known for her roles such as Kristina Cassadine in soap opera General Hospital, in the critically acclaimed show Veronica Mars . And Dr. Tess Fontana in Eureka

She also put together a cover band, School Boy Crush. And have played regularly at The Buffalo Club in Santa Monica, California, at Moomba in West Hollywood and the Lux in Beverly Hills. Covering a variety of music such as R&B and Blues and have recently played the ESPN Awards party at The Highlands.

Retrieved from "https://eastwick.fandom.com/wiki/Jaime_Ray_Newman?oldid=3926"
Community content is available under CC-BY-SA unless otherwise noted.