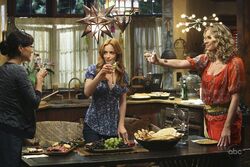 Joanna, the overly shy local reporter, Kat, the swamped wife and mom, and Roxie, the eccentric artist, are three very different women living in the New England hamlet of Eastwick. Because of catty gossip and preconceived judgments, they didn't really like each other that much. But after a bizarre encounter at the local park and one too many martinis, this trio not only become friends but begin discovering some bewitching talents they never knew they had. But these three fast friends aren’t just drawing each other closer. Something wicked is coming their way, and his name is Darryl Van Horne, an irresistible combination of wealth, charisma and bad boy sex appeal that turns the town upside-down. The closer these ladies are drawn into Daryl’s wicked web, the more of their unique powers he unleashes. As these enchanting women grow into their newfound talents, Eastwick will never be the same. 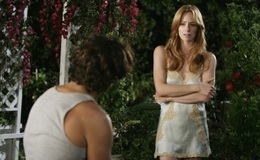 As Eastwick prepares for its annual fall HarvestFest, Joanna, Kat and Roxie's lives continue to take a turn for the strange. Distracted by distressing psychic visions of her new neighbor, Jamie, Roxie struggles to protect Mia from harassment by her ex-boyfriend, Gus. As Kat gains the courage to end her own toxic relationship - her marriage to Raymond - he's back in their home to recuperate from being struck by lightning. And while Joanna worries that Will's romantic attentions are only due to her hypnotic power, she and Penny embark on a perilous mission to uncover Darryl Van Horne's true identity. Joanna finds Milton Philmont, a retired Gazette reporter who years ago wrote about the death of a man named Sebastian Hart - a man who looks uncannily like a young Darryl Van Horne. Armed with an old photo of Hart with three beautiful women, she and Penny seek answers from the eccentric and reclusive Eleanor Rougement. 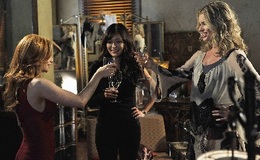 Haunted by the ghost of her daughter's ex-boyfriend, Roxie questions her sanity and turns to a local psychic for help. Declining Darryl's offer of a high-powered - and high-priced - divorce attorney, Kat decides to give Raymond another chance, but is she only delaying the inevitable? Joanna's quest to find the truth about Darryl leads her to a new and different scandal, and then she realizes her discovery was no accident. Meanwhile, Roxie's daughter, Mia, reluctantly attends her boyfriend's memorial, and though Bun has lost her memory, her mind is consumed with a mysterious symbol. 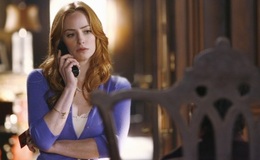 With a little insistence from Darryl, Roxie decides to learn more about her mysterious new neighbor, Jamie - and eventually make a magical discovery. Frightened by the threat of Raymond to take their children, Kat decides to go on the offensive and finally accepts the help of the divorce lawyer offered by Darryl. And when the long awaited meeting between Joanna and Will approaches, Morgan, her ex-boyfriend arrives in town, trying to make him understand what went wrong between them. 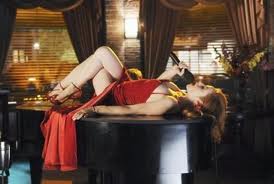 Under the influence of a rare celestial event, Eastwick "goes wild" for a night - and our ladies aren't spared. Newly-single Kat fulfills a longtime fantasy of lounge singing -- atop a piano -- while Roxie and Mia end up in an embarrassing predicament with Chad and Josh. Feeling the pressure from her editor, Joanna, with Penny's help, rushes to print a newspaper story that gets her in some very hot water. 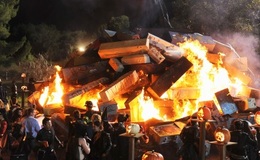 In Eastwick, Halloween is the most important holiday of the year, when the town embraces its heritage with a good old-fashioned witch burning. Haunted by visions of a funeral, Roxie races to save those she loves from peril - but can she change fate? Wrestling with her feelings for Will, Kat tries to help Joanna win him back, but only manages to drive her away. And, devastated after losing her job and her man, Joanna discovers things can always get worse.... 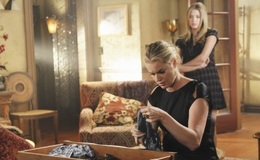 After Chad visits her one last time in a dream, a grieving Roxie resolves to fulfill his last wish -- if she can figure out what it is. Hounded by Max, her replacement at the Gazette, about her kidnapping ordeal, Joanna grapples with her own lingering questions while dodging his. And Kat, startled by a newfound ability, realizes that Bun's old friend Eleanor Rougement, may have answers for both of them. 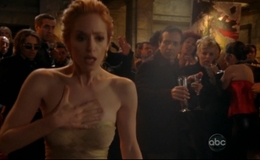 Thrilled when Darryl arranges an art show for her work at his mansion, and invites New York art maven Greta Noa, Roxie forgets that his motives might be less than pure. Joanna turns to her power to get her life back on track, but swiftly discovers that every action, magical or otherwise, has its consequences. And Kat, still unsure about how to move on from Raymond, shies away from a budding romance with Will. 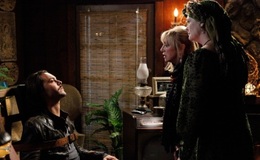 While enduring a visit from her mother, Edie, Roxie discovers a new power. After Jamie's failed attempt to poison Darryl lands Greta Noa in the hospital about to die, Darryl urges Kat to embrace her healing abilities so she can save his friend. Meanwhile, as Joanna tries to resurrect her writing career, her rivalry deepens with cocky reporter Max. And Jamie is forced to team up with Bun and Eleanor to finish the job on Darryl. 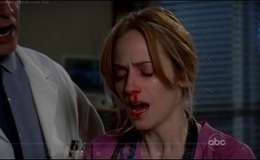 After Jamie reveals to Roxie that Darryl is his father, she sets about having a dinner party where father and son can bond. But Jamie has a secret, darker plan for the evening. Meanwhile Kat embraces her newfound power by healing every patient she comes into contact with, but her compassion leads to drastic physical consequences. And Max asks a reluctant Joanna to help him crack a famous unsolved Eastwick murder, but their snooping leads them to a perilous situation with Eleanor. 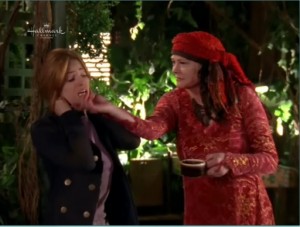 We find our girls where we left them -- Roxie watches her nightmares come true as she struggles to escape a murderous Jamie, and Joanna and Max fight for their own lives on the floor of Eleanor's basement. But all hope may be lost for a dangerously weakened Kat when it looks like she can't keep her head above water. 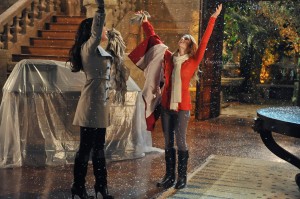 When the ladies make a pact never to reveal what they did to Jamie, they realize they must go their separate ways -- and abandon their powers. A guilty Joanna tries to help Penny find closure; sparks fly between Kat and her hot new neighbor, single dad Colin, who has come to Eastwick with his young son Gene and a dark secret; and just as Kat and Joanna are moving on, things gets complicated for Roxie when Darryl returns to Eastwick with the truth about his mysterious past. 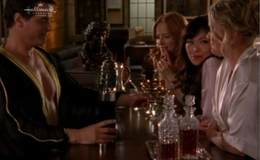 Life is good for Roxie, Joanna and Kat -- they're back together and embracing their powers. Darryl and Roxie are going strong as a couple... until her dead husband, Danny, miraculously returns, sending Roxie and Mia on an emotional roller coaster. Meanwhile, Kat begins to suspect that something is not right about Colin's young son, Gene, and Joanna scrambles to deflect Penny's suspicions that Jamie was murdered.

Community content is available under CC-BY-SA unless otherwise noted.
Advertisement